One of the few Westwall bunkers adopted into the Atlantikwall. When used in the AW, this bunkers are usually only found in flanking positions, not facing the enemy direction (Like seen in the westwall) 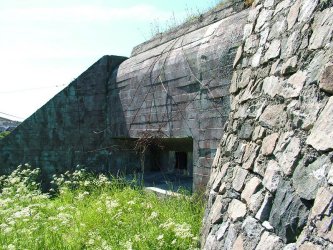