Very rare emplacement. At this stage of the war, most guns were placed in casemates, but in some occasions, open emplacements were still needed. 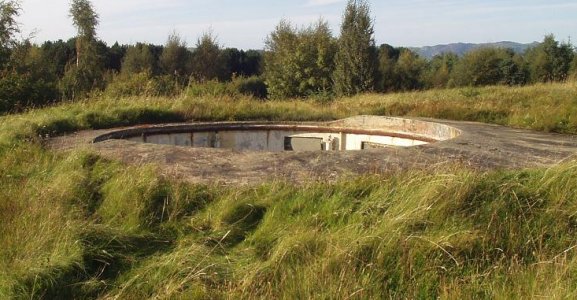