The fast development of tanks in world war two caused loads of equipment to be obsolete, as both guns and armour were upgraded almost constantly.
In many occasions, the guns which were no longer useful at the front, were sent to the static defences in the Atlantikwall. One of the most common flanking close defence guns originated from the Pz III series, the 5cm KwK38 L/42 and 5cm KwK39 L/60.

In 1941 the production of the L/42 version for Pz III G carried on, even if the new Pz III J were designed for the better L/60 version.
In addition to the Pz III J, the Pz IV Ausf.F1 with 7,5cm KwK37 L/24 went into production. This soon caused the 5cm KwK L/42 version to be completely obsolete. At this stage, the German tank crews begged for bigger guns to meet the Russian tanks with enough firepower.
During the first months of 1943, even the L/60 went out of production, and it was more or less decided to melt down 1500 KwK L/42`s and 300 L/60`s. However at the same time, the building of the Atlantikwall defences had started in full scale. The need of weapons for protection of thousands of kilometers of beaches were enormous, and both German and captured weapons from all corners in Europe were brought to the coastline between Southern France and northern Norway.
In order to use a KwK in a open emplacement or bunker, a completely new mounting and shield was designed. The gun was placed on a "Bh SK L" (Behelfssockellafette), a circular mounting anchored in the concrete.
In addition, a double plated shield and a mechanical transmission for traversing were added.
The gun was too weak for any frontal attack of tanks, so the solution was to use it as a flanking weapon, mainly for light armoured vehicles and landing boats. Only in a few occasions, you will see 5cm KwK emplacements/bunkers with free sight to the sea.

Several standardised emplacements and bunkers were designed to house the gun. Almost every strongpoint of coastal battery along the Atlantikwall were equipped with one or two of these guns, and lots of emplacements can be found everywhere along the coast, even today.
The most common open emplacement is the type Rs65a, as for bunkers, the most usual is the R667. In addition, other types like
R600, R653 and R654 were used along with a huge amount of special constructions adapted to the different terrain of the beaches.

Today, few KwK`s remain in their original emplacements, but a few are still around in museums. The most famous one is probably the L/60 located next to the Pegasus bridge. 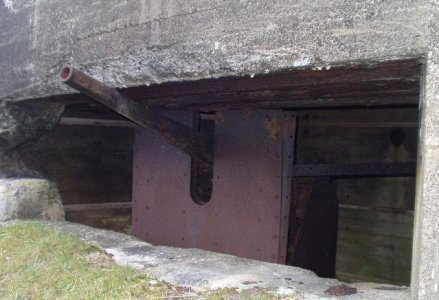 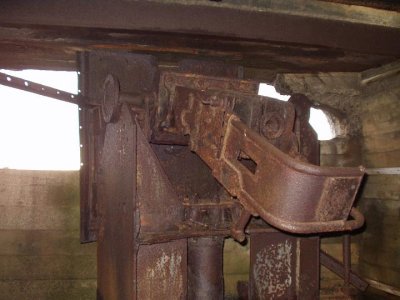 Side view of KwK shield and mounting in Rs65a 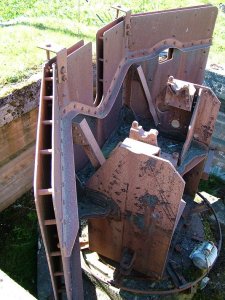 Frontal view of shield in Rs65a 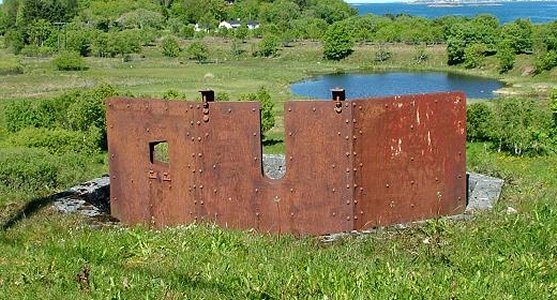 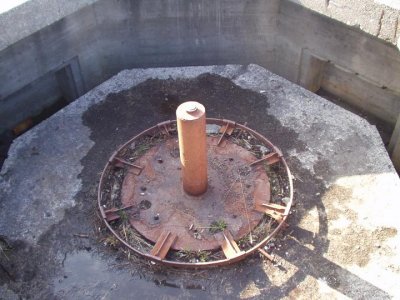