The Machinenpistole vorsatz "P", also known as "Gebogene lauf" (curved barrel), was made as an option to be fitted on tanks, in order to protect the blind spots not covered by the regular MG.
The barrel, which more correctly should be called a weaponsystem, consisted of 5 mainparts:
1. Barrel with connector for MP44 (StG44)
2. Periscope
3. Hull mounting
4. Armrest
5. Adapter for MP43 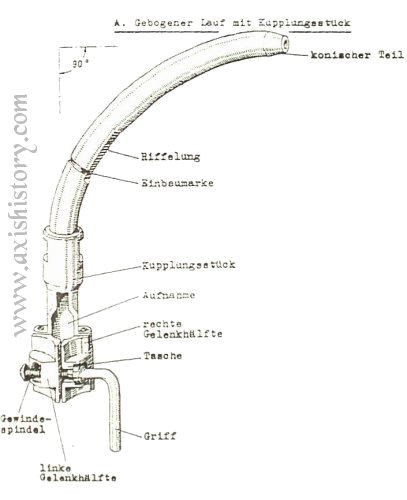 Barrel
The barrel was bent 90 degrees and came with a quick connector for the MP44 (StG44). The first 10mm of the barrel was smooth bored, while the rest had the same riflings as the MP.
Various internet sources claims that these barrel had a very short lifetime, but according to the manual from Rheinmetall-Borsig, it had the same lifetime as the normal barrel on the MP 43 and 44. 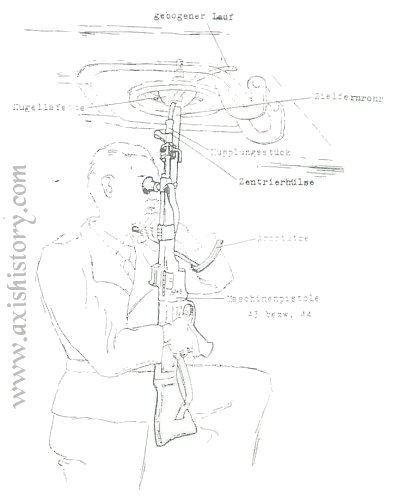 Periscope
The periscope was named WZF 5811, but often seen as "Ziehlfernrohr 1,25x12°". Unlike regular weapons, this periscope was not attached to the weapon, but separately mounted in the hull mounting. 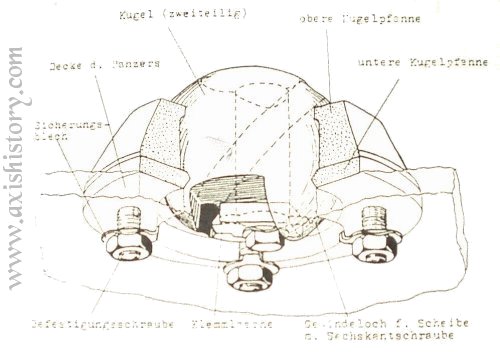 Hull mounting
The weapon was easily installed in any armoured vehicle. The mounting was called "Kugellafette", and as the name indicates, the curved barrel and the periscope was attached trough a iron "ball" which made it possible to turn 360°. 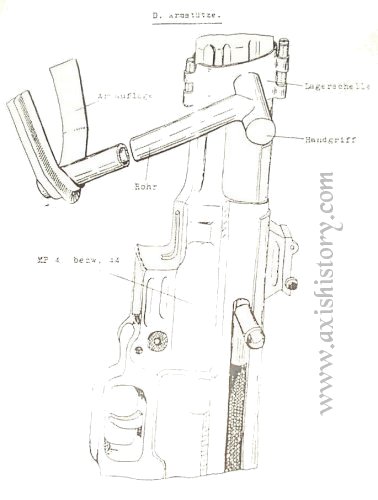 Armrest
The armrest was attached to the weapon to help holding the weapon in its rather strange position. This was easily attached by placing a clip over the foreshaft.

Adapter for MP43
To make it possible to attach the MP43 in the barrel, a special adaptor was made. The adaptor was easily fitted on the already existing treads on the MP43 barrel. 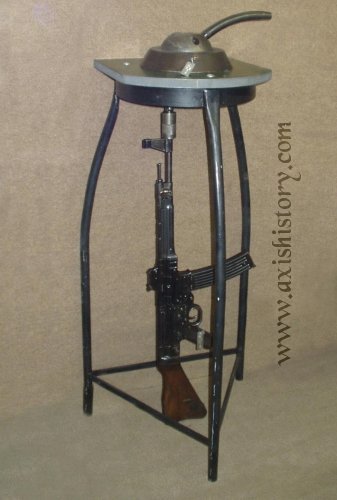