Bunker for searchlight with 3 functions. When the searchlight wasn`t used, it was moved inside the bunker for protection. In addition to serving as garage, also the generator and it`s crew were housed inside. 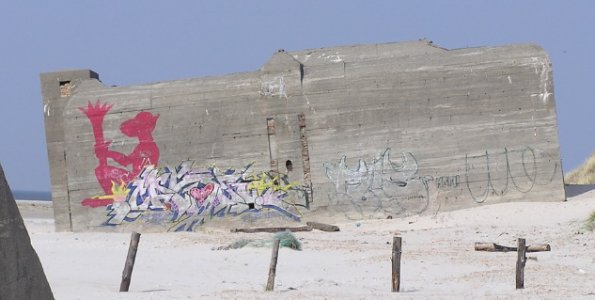