The Vrijwillige Arbeidsdienst voor Vlaanderen (VAvV) had its beginning in the voluntary work camps in Flanders after the invasion, these were taken over by the government in November 1940, split into Flemish and Wallon parts, the Flemish one was organized into the VAvV and the Wallon one became the Service Volontaire du Travail pour la Wallonie.
Service in the WAvV was open to male volunteers between the age of 18 and 25, in 1942 it was expanded to also include a girls section.
The VAvV was dominated by the local Nazi party Vlaamsch Nationaal Verbond (VNV). 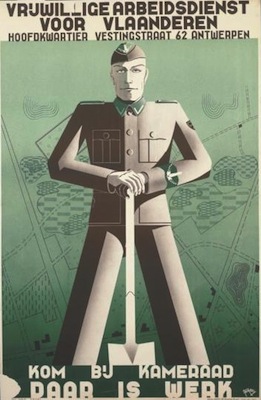 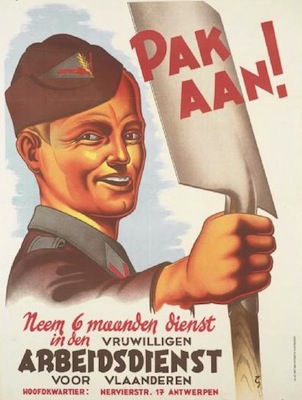