The Hird was the "SturmAbteilung", i.e. party militia, of the Norweigan nazi party Nasjonal Samling (NS), led by Vidkun Quisling. It was formed in 1934 and was a volunteer part-time organization for members 18 to 45 years old until 1943 when membership became compulsory.
It was given police powers in March 1941 and was made a part of the armed forces on 14 August 1943. 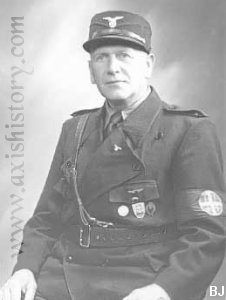 The Rikshird was made up of:
Hirdens Flykorps was the flying section of the Hird, much like the German NSFK. It was formed Mar 1942 and supplied volunteers to the Luftwaffe. It was commanded by Korpsfører Erling W. Eliassen.
Hirdmarinen was the naval section of the Hird. It was formed May 1942 and supplied volunteers to the Kriegsmarine. It was commanded by the Løytnant Bertel Bruun until 17 Nov 1943 and by then by Hirdmarinefører Thorleif Fjeldstad
Hirdens Alamenheter (HAE) was formed 1943 and was a part of "Rikets bevæpnede makt". Its cadre was mainly made up of men from the Hird and it was used as guards and also as an auxilliary force to the police. HAE was operationally under the command of the German policeleader but it could not be used without the agreement of the NS Fører.
Hirdens Bedriftsvern (HBV) was formed 1943.  It cadre was made up of former soldiers in the Freiwilligen Legion Norwegen and it was used to guard the Norweigan plants working for the Germans.
HBV was commanded by Oberst Hvoslef until his death in 1944 and later by Hstuf Frode Halle who also commanded the HAE. 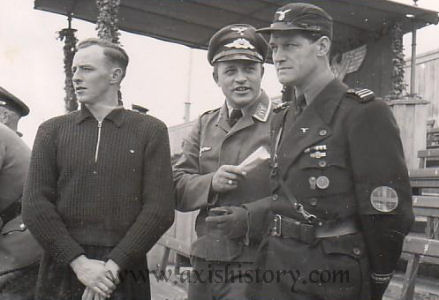