The NSB was founded in 1931 by Anton Adriaan Mussert and Cornelis van Geelkerken. It was a far-right, anti-parlementary and wanted a National-Socialist government. Mussert also thought that Holland should be called ‘Dietschland’ or ‘The Great Dutch Empire’, Flanders ought to be a part of it too. The salute was the same as that from Germany and Italy, but the NSB said ‘Houzee’ instead of the German ‘Heil’. 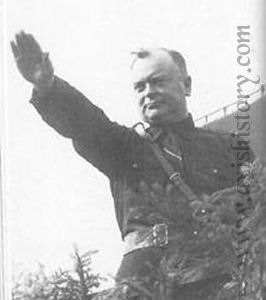 The NSB started out with relatively few members, but achieved a minor victory when the party got about 8% of the people’s vote. The average man who voted NSB mostly came from the rich neighborhoods and the colonists of the Dutch East-Indies. The main reason of their victory was using the effects that the 1929 stockmarket had, in their posters.

Anton Mussert before his journey to the Dutch East-Indies (1935) 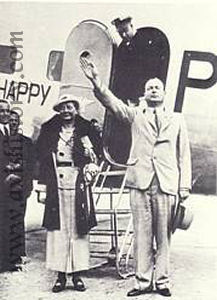 In 1937 there were new elections and the NSB lost about half of its supporters and thus got only a meagre 4% of the voters. One of the causes was Meinoud Rost van Tonningen, he joined the NSB in 1936. Rost was a fanatic national-socialist (even more fanatic than Mussert) and anti-semitic. The other cause was the choice of Mussert to support ‘The Second Italo-Abbysinian War’ in 1935. From that point on, Mussert supported every action from Fascist-Italy and Nazi-Germany.

When Operation: Fall Gelb (invasion of West-Europe) begun, the Dutch parlement started to imprison the members of the NSB and pro-Nazi’s/Germans. They were guilty of betraying their country. But after 5 days Holland surrendered after the heavy bombardement on Rotterdam. Mussert went to Hitler and asked if he could be ‘De Leider’ (Dutch: ‘The Leader’, similar as Führer or Il Duce/Dux) of ‘Dietschland’. Hitler declined and Mussert went back to Holland hoping to be ‘De Leider’one day.

Germany prohibited all other political parties including ‘Zwart Front’ (Black Front), the big competitor to the NSB. The Zwart Front shared the same ideology as the NSB, but they were even more radical. But somehow Nazi-Germany chose NSB.

Mussert sent in 1941 a expeditionary force, under the command of Feldmeijer, to the Eastern Front. They were volunteers and fought near Leningrad in 1943 (more information about those divisions are found in the Foreign Volunteer section of this site).

Throughout the war years, the NSB became more hated and were called traitors. After the liberation in 1945 Anton Mussert, Rost van Tonningen, Cornelis van Geelkerken were taken as prisoner were all punished. Anton Mussert was executed; Rost van Tonningen commited suicide in jail and all the other henchmen were either imprisoned for life or were shot.

All the important NSB members lined up after the war, the fourth man of the right is Anton Mussert. 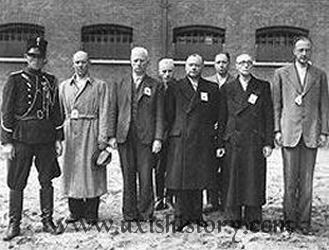 The Dutch community publicly humiliated the members of the NSB and women who slept with German soldiers awaited the same humiliation. The NSB was forbidden after the war.


See also Flags of the NSB. 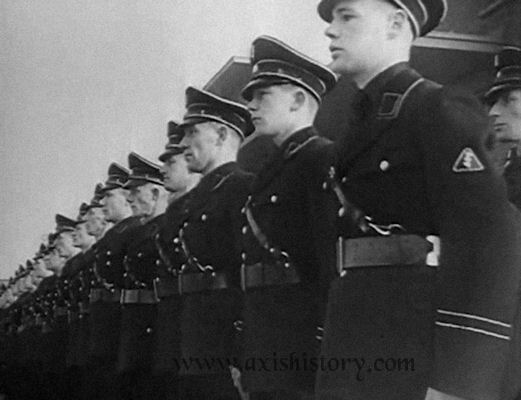 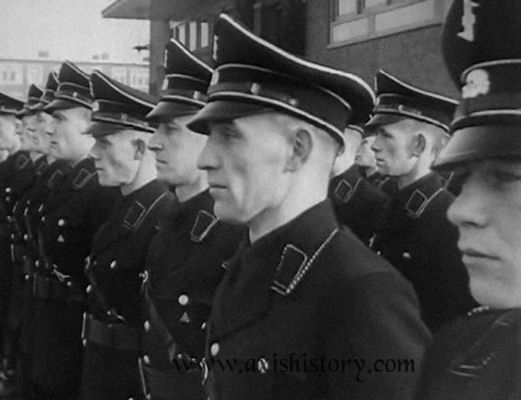