Swedish volunteers in the Waffen-SS

It is believed that approximately 200 Swedes served in the Waffen-SS during the war. Most of these joined to fight communism but nearly half of them were members or supporters of the many small Nazi-parties in Sweden, the most important being Svensk Socialistisk Samling (SSS). 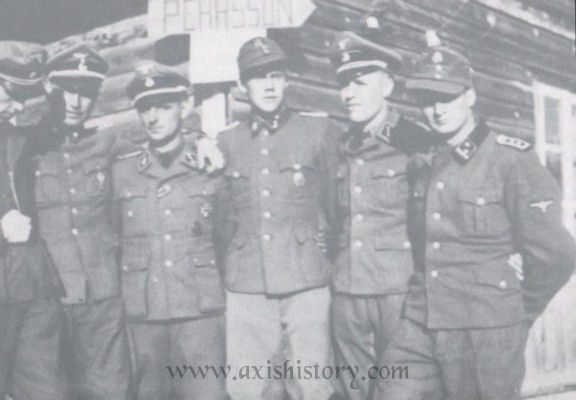 (Courtesy of Per E)

The following served as officers but did not study at Bad Tölz:
Yngve Nordborg
Sven Rydén