Two companies of it took part in the Ardennes offensive as a part of Panzer-Brigade 150 wearing American uniforms and using American equipment. After the failure in the Ardennes the men returned to the unit that was still in training, it was finally sent to fight the Red Army on the Oder in February 1945.

The soldiers of of SS-Fallschirmjäger-Bataillon 500 & 600 wore standard Waffen-SS tunics and caps with Luftwaffe-issue jump smocks, trousers, boots and M38 helmets (with Luftwaffe eagles or without any eagle, but no photos of helmets with the SS runes are known). Most of the soldiers appear to have removed the Luftwaffe breast eagles from their smocks and at least one photo is known of a soldiers with a Waffen-SS sleeve-eagle on his smock. 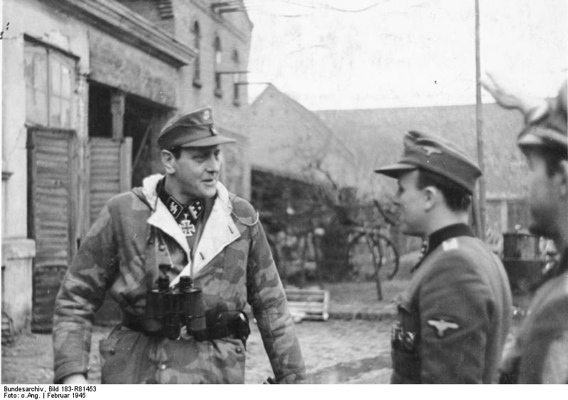