The SS-Fallschirmjäger-Bataillon 500 was formed at Chlum, Czechoslovakia, October 1943 (this was not the first attempt for form a paratroop unit in the Waffen-SS, a failed attempt was made in 1937) and was made up of volunteers from both regular Waffen-SS units and from men who had been convicted of military offenses, such as falling asleep on guard duty, the latter were given a chance to redeem themselves in combat.
It was sent to Luftwaffe Fallschirm-Schule Nr.3 at Mataruška banja, Yugoslavia, for jump-training in November 1943 and later to Papa, Hungary, where they completed their training.
It was sent back to Yugoslavia where they took part in anti-partisan operations until April 1944 when the preparations for Operation Rösselsprung began. The men of the batallion jumped and landed gliders near Partisan leader Josip "Tito" Broz's headquarters in the mountains near Drvar 25 May 1944. The attack was initially a surprise but Tito managed to escape and the paratroopers were soon suffering heavy losses from the attacks by the partisans that were arriving from the mountains around Drvar. The unit was relieved by elements of 7. SS-Freiwilligen-Gebirgs Division Prinz Eugen and was sent to Petrovac were it once again fought the partisans before being sent to Ljubljana to rest in June.

It took part in toppling Horthy in Hungary with SS-Jäger-Bataillon 502. It was sent to Gotenhafen, East Prussia, to take part in the occupation of the Aaland Islands in the Baltic Sea together with the 416. Infanterie-Division, but the operation had been cancelled when they arrived. They were instead transferred to Riga and later to Vilnius were they took part in heavy fighting before being sent to Memel October 1944.
It was disbanded October 1944 and the remaining soldiers were used to form SS-Fallschirmjäger-Bataillon 600.

Five Norwegians are known to have served in this battalion, four of them were killed in action and the fifth returned to Norway in the summer of 1944, there he took part in killings and other crimes against opponents of the occupations, he was sentenced to death and executed for these crimes in 1945.

The soldiers of of SS-Fallschirmjäger-Bataillon 500 & 600 wore standard Waffen-SS tunics and caps with Luftwaffe-issue jump smocks, trousers, boots and M38 helmets (with Luftwaffe eagles or without any eagle, but no photos of helmets with the SS runes are known). Most of the soldiers appear to have removed the Luftwaffe breast eagles from their smocks and at least one photo is known of a soldiers with a Waffen-SS sleeve-eagle on his smock. 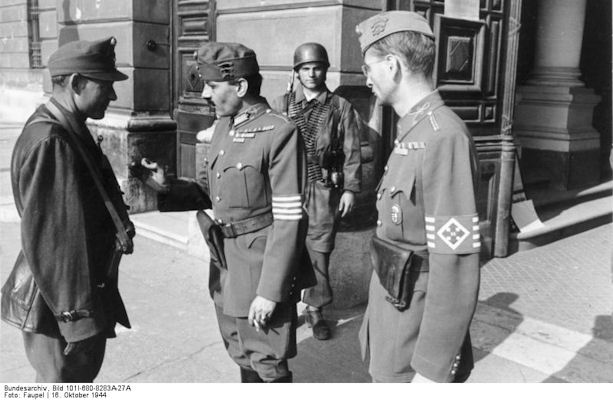 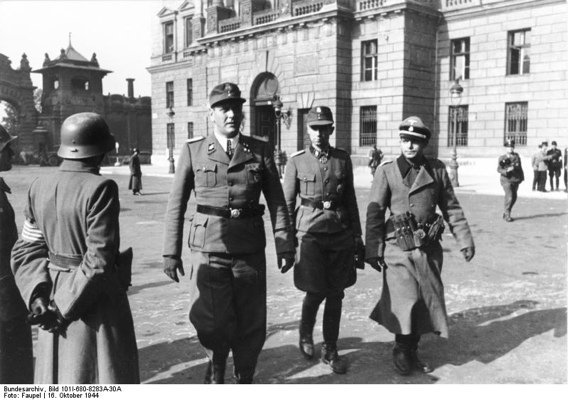