During the summer offensive in 1944 the Soviet units managed to take Mitau and Tuckum, which put the Kurland in danger. In order to keep the way to Riga open the SS Armored Training and Replacement Regiment (located at Dondangen, Latvia) and SS Panzer Troop Training Regiment Seelager (located at SS Troop Training Ground Windau (Ventspils), Latvia) were quickly put together to push the Soviets out of Mitau. Because the training area Seelager of the units had to be abandoned, the regiments and SS-Panzer-Aufklärungs-Ausbildungs-Abteilungen 1 & 2 were put together to form the SS-Panzer-Brigade Gross.

The Brigade began forming on 8 August 1944 under the command of SS-Sturmbannführer and Knight’s Cross holder Martin Gross. The forming lasted three days and when it was finished the unit had two infantry battalions (SS-Infanterie-Battalion 2 later became known as Einheit Runge and formed a part of Gruppe Sasse), a- mixed panzer battalion with two companies (with cca. 10-15 Panzer III & IV), a reconnaissance battalion, a StuG battalion (with 12 StuG III), a provisional pioneer company and a Flak company (with units from the Luftwaffe and SS-Flak-Battalion 54).

It saw action immediately after it was formed. On 8 August 1944 it counter-attacked the advancing Soviets and got involved into hard fighting with a Soviet Cavalry Corps around Libau (Latvia). The attempt to recapture Tuckum had failed. On 15 August the Brigade received reinforcements to its panzer battalion, when a company of 7 Tigers which arrived from Schwere SS-Panzer Abteilung 103 and two artillery batteries from the 19. Waffen-Grenadier-Division der SS (lettisches Nr. 2). By the 19 August the unit counted some 2500 men. On that day the Brigade became a part of Panzer-Division Strachwitz, where it received 5 additional panzer IV. It went into action against the Soviet 51st Army the next day; cleared Mitau and enabled the continuation of the German sea evacuation by clearing the coastline to Reval. The unit streght on the 22 August, as given by the 18. Armee, indicates that the Brigade had 720 men, 3 Panthers, 5 Panzer III & IV, 3 T-34 Beutepanzer and 20 SPW. On 28 August the Strachwitz division was transferred to Joesuu and through Bulduri to Estonia. Unitil the first week of September they stayed at Lake Peipus. When the Division’s commander Strachwitz was wounded the division received a new commander and became known as Panzer-Division Lauchert. By 12 September the Brigade’s panzer battalion counted one Panzer III (L42), 7 Panzer III (L60), 1 Panzer IV (L24), 1 Panzer IV (L43), 3 Panthers, 1 StuG (L48) and 17 SPW. It no longer had the SS-Infanterie-Battalion 2 and its Aufklärungs-Abteilung counted only 8 Panzerspähwagen. They were detached from the division in mid-September and went from Dorbet back to Latvia. Because of the constant engegement with Soviet forces the strenght fell to 300 men, 2 StuG, one T-34 Beutepanzer, 3 Panzer III, 2 Panzer IV and 4 SPW (as reported on 20 September). Being pushed back to Lithuania the SS-Brigade became a part of the 3. Panzer-Armee. It reached Memel in October and were ordered to pull out due to their heavy losses on 16 November. They were sent to the training area Sennelager (Steinhagen, Westphalia) because they were required for the training of front replacements (this included 6 officers and 165 men and NCOs). 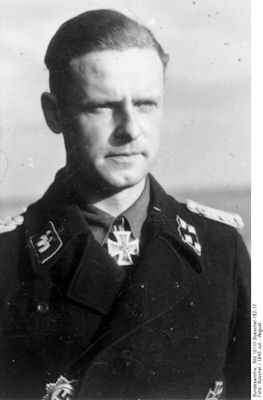