The 24. Waffen-Gebirgs-(Karstjäger-)Division der SS was upgraded from Karstwehr-Bataillon on 1 August 1944 which had been fighting partisans in northern Italy since 1942. It consisted mainly of volunteers from Italy but also of volunteers from Slovenia, Croatia, Serbia and the Ukraine.
It was downgraded to Waffen-Gebirgs-(Karstjäger)Brigade der SS on 5 December 1944 and upgraded again on 10 February 1945.
Karstjäger mainly fougth partisans (with considerable success) but in the end of the war it also fought the British forces. It surrendered to the British 6th Armoured Division on 9 May 1945.

This unit was involved in several war crimes against partisans and civilans including an imfamous beheading of two captured partisans.
The anti-partisan war in Italy was brutal on both sides and in February 1944 15 members of the SS-Karstwehr-Batillon who had been captured by the partisans near Cividale were tortured and killed.

The designation “Karstjäger” – which is, in fact, not an honor title – refers to the “Karstwehr” battalions from which the division was built. Karst is the German name of the largely treeless and desolate chalk high plains in the northwest of Yugoslavia known as the Carso, an area from which a large part of the division’s original personnel was recruited.

A collar insignia with a karst flower was manufactured but never issued. 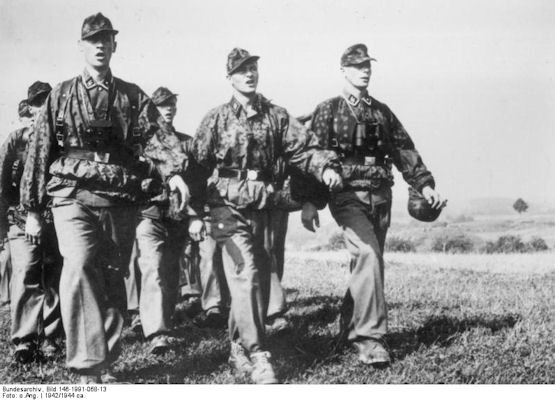 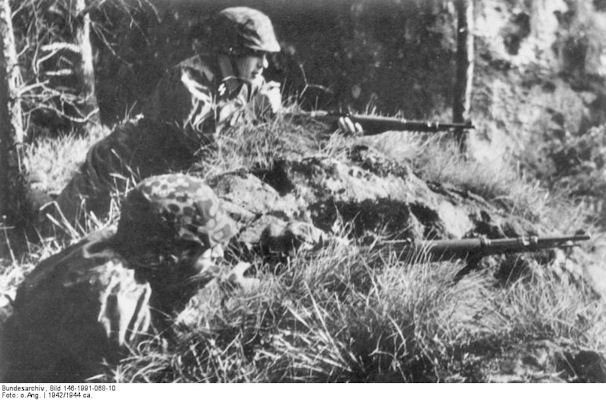 Soldier of the Karstwehr-Bataillon during training 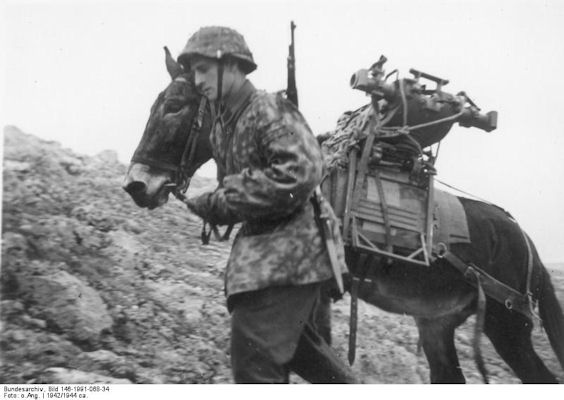