The formation of Armeekorps z.V. was ordered formally per 4 February 1945 through a wireless message by RFSS Himmler, sent on 3 February 1945. By that the restructuring and redesignation of the before Division z.V. was sanctioned officially and the creation of a single command for all the V 1 and V 2 missions was executed in practice finally. Per 31 January 1945 the merging of all rocket operations and frontline units under one headquarter was ordered already (KTB/OKW).
From 4 Feb 1945 on the organisational handling of the V 1 and V 2 missions within the Wehrmachtführungsstab was shifted from the Lw Operationsabteilung to the one of the Heer (KTB/OKW). With the appointment to "Sonderbevollmächtigter Z des Reichsführers-SS" on 6 February 1945 Kammler ultimately had become the commanding officer of all "V" weapon units and operations.
“z.V.” in contrast to “z.b.V.” (often and commonly used to denote a staff/unit for special purpose) is a unique appendix for a unit designation ! It means “zur Vergeltung” [for restribution / retaliation] and is derived from the naming of the rockets as so-called “Vergeltungswaffen” (V-Waffen).
The remnants of the Korps were subordinated to AOK Blumentritt on 11 April 1945. With a Korps order from 17 April 1945 a restructuring to the fully motorized "Infanterie-Division z.V." under the command of Oberst Gerlach von Gaudecker-Zuch took place. Assigned to XXXXI. Pz.Korps under the 12. Armee this division surrendered on its own initiative against the 29th US Infantry Division on 1 May 1945. 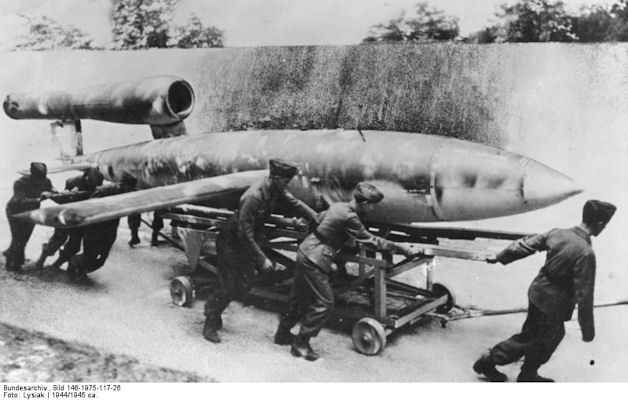 1. Dr. Ing. Hans Kammler was promoted to SS-Obergruppenführer during March 1945, with RDA vom 1 March 45 ; this is the most probable fact, although the date of his promotion is not precisely to find in any documentation.