The 3. Naval Infantry Division San Marco (3. Divisione Fanteria di Marina "San Marco") was one of the divisions of the Fascist Repubblica Sociale Italiana (RSI) (Italian Social Republic) and was formed mainly of recruits from the Navy and the X MAS marines. It began training late 1943 in Grafenwohr with German instructors and was formally formed in April 1944. It was sent to the Liguarian coast in Italy in July 1944 and served as an anti-partisan and coastal security unit assinged to the mixed German-Italian Armee Ligurien commanded by Maresciallo d’Italia Rodolfo Graziani. The division suffered greatly from low morale and high level of desertions during this period.
In October the second battalion of the 6. Naval Infantry Regiment was attached to the 4. Gebirgs-Division.
It surrendered in April 1945.

It was named after St. Mark, the patron saint of Venice. 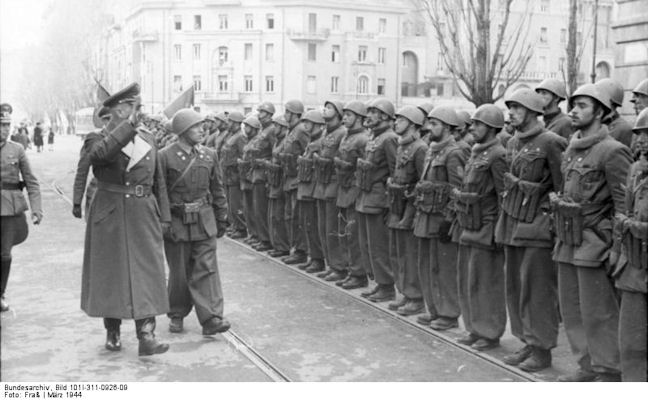