The Eugenio di Savoia was taken over by Greece 1 July 1951 as the Helli. 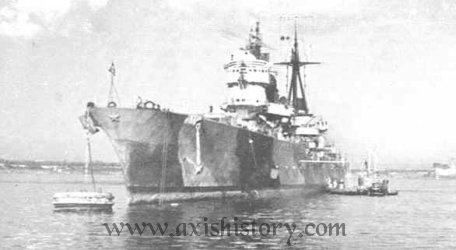