The HIPO-korpset (or just HIPO) was an auxiliary police force (Hilfspolizei) in Denmark. It was formed in 1944 from men of the Efterretningstjeneste (ET) of the Schalburg-Korps.

The Lorenzengruppen was a paramilitary group led by Jørgen Lorenzen under the control of the HIPO corps as section 9c. 10 members of this group was executed after the war.

Post-war game where the aim is to capture the HIPO men. On display at the Frihedsmuseet in Copenhagen 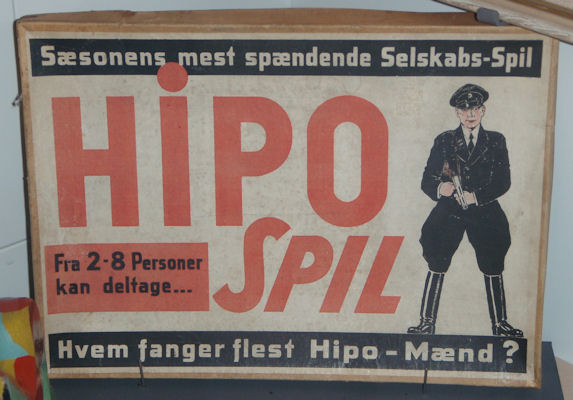