The Indische Freiwilligen Legion der Waffen-SS was formed when Infanterie-Regiment 950 (indische) was transferred from Heer to Waffen-SS control on 8 August 1944 and continued its retreat towards Germany.
It remained at Truppenübungsplatz Heuberg until March 1945 when the Indians began a march towards neutral Switzerland but they were forced to surrender to US and French troops before reaching their goal.

29 POWs from this unit were killed by French partisans at Poitiers 22 September 1944 and additional POWs were killed later at Bourges and Levet.

A collar insignia with a tiger's head was authorized but probably only issued in small quantities. At least one period photo of it in use is known to exist.

(Courtesy of Flags Of The World) 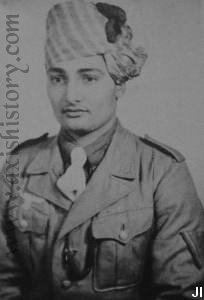 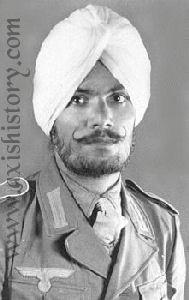