The Schwere Panzer-Abteilung 504 was formed in February 1943 and one company was sent to North Africa in Marvh 1943. It surrendered in Tunisia in May 1943.

A Tiger I with the turret number 131 was captured in Tunisia by British forces and that tank is now on display on the Bovington Tank Museum in Bovington, UK, and is in running condition. 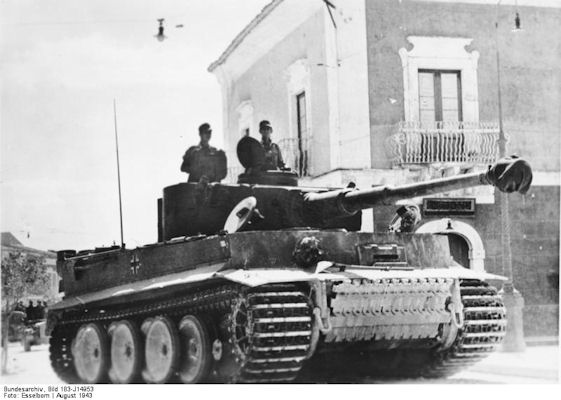 1. August Seidensticker was commander of s.Pz.Abt. 504, that is 1./504 on the spot in North Africa; additionally Führer s.Pz.Abt. 501 since 17 March 1943. 2./504 on Sicily wassubordinated to Pz.Abt. 215 and then Division "Hermann Göring", chef was Leutnant / Oberleutnant Herbert Heim followed by Leutnant Goldschmidt.