The Germaansche-SS in Nederland was formed on 11 September 1940 as the Nederlandsche-SS. It was technically a part of Anton Mussert's Nationaal-Socialistische Beweging (NSB) and formed on his order but he was not interested in such an organization but was forced to agree by the Reichskommissar Dr. Arthur Seyss-Inquart.
Most of the original members (including the leader J. H. Feldmeijer) came from the Mussert-Garde, which was a bodyguard to Mussart but is was in many ways a organization similar to the German SS (which of course was formed as a bodyguard to Hilter). These were later joined by former Waffen-SS volunteers and service in the Waffen-SS was something that was expected of the members.

It was renamed Germaansche-SS in Nederland on 1 November 1942. 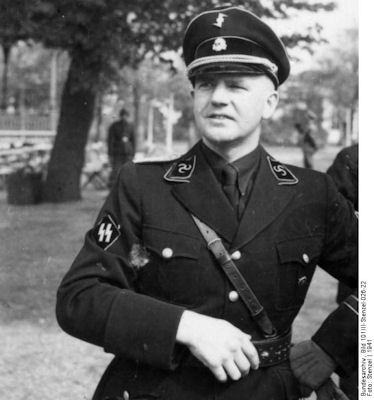