The SS-Standarte Deutschland was formed in 1934 as SS-Standarte 2 / VT from Politische Bereitschaft Würtemberg, Politische Bereitschaft München and Hilfswerk Schleissheim (Austrian volunteers).
It was soon renamed SS-Standarte 1 / VT when Hitler ordered that SS-Leibstandarte Adolf Hitler not would be included in the numbering sequence. It was renamed SS-Standarde Deutschland at the Parteitag at Nuremberg 1935 and at the same time it also received its Deutschland Erwache standard.
In the summer of 1937 the unit became the first to be fully equiped with modern military camouflage clothing. The first model SS-Tarnjacke was designed by Dr Wilhelm "Wim" Brandt.
The command of this unit was transferred to the army during the mobilisation in October 1938. It took part in the annexation of Austria and later the occupation of the Sudetenland.

It was motorized after the Anschluss and took part in the annexation of Bohemia and Moravia in March 1939. It was ordered by Hitler that it should be expanded to a division but this was postponed due to the outbreak of war. It took part in the invasion of Poland attached to Panzer-Division Kempf and following that campaign it was used to form SS-Division Verfügungstruppe (later renamed Das Reich).

Soldiers from the division took part in the murder of Jews during the invasion of Poland. (1)

A special collar tab with the SS runes and the number 1 in the lower right corner was used by ranks up to SS-Obersturmbannführer.
A cuff-title with the text "Deutschland" was instituted in November 1935 and was first worn in public during the 1935 commemoration of the 1923 Putsch attempt. 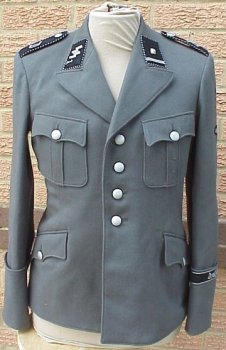 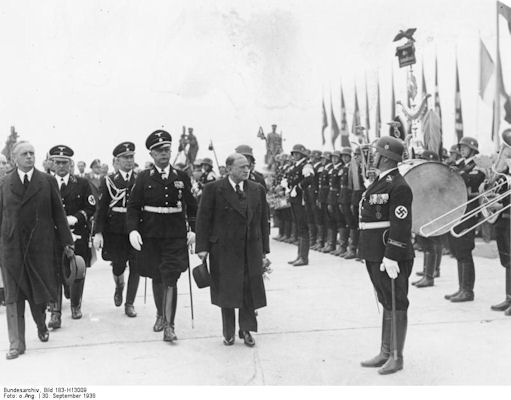 1. "The Origins of the Final Solution" by Christopher R. Browning.